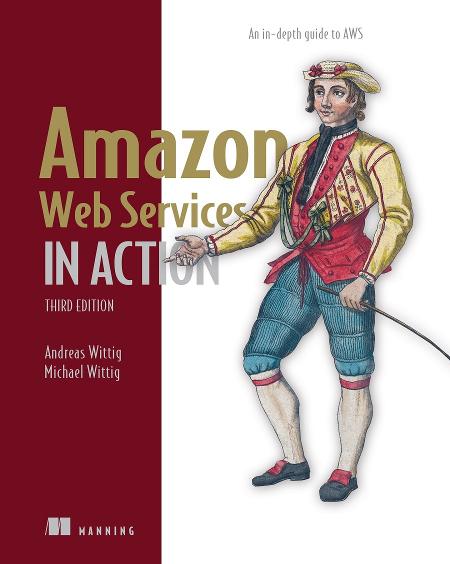 This is an online version of the Manning book Amazon Web Services in Action, 3rd . With liveBook you can access Manning books in-browser — anytime, anywhere.

Thank you for buying AWS in Action and joining MEAP, the early access program.

When we began work on the first edition in 2015, we had no idea what would follow. It's hard to estimate how many people have used this book to get started with AWS. What we do know is that our book has sold nearly 30,000 copies. On top of that, our book was translated into other languages including Portuguese and Japanese. We are grateful to have made such an outstanding contribution to the AWS community.

AWS has evolved over the years and has released thousands of features. Therefore, it is high time that we update our book. We are currently working hard to incorporate all the new features into the third edition.

We are excited to share the first revised chapters of our book with you. Over the next few months, we will release the remaining chapters, though not always in order. But rest assured, purchasing this MEAP edition of the third edition automatically gives you access to the full second edition. So if you need a chapter we have not yet finished updating, you can always read an older version in the second edition.

In addition to reworking the existing chapters, we are are also working on a brand-new chapter covering modern architectures based on containers using ECS and Fargate-- we will release this soon.

Our goals with AWS in Action are: