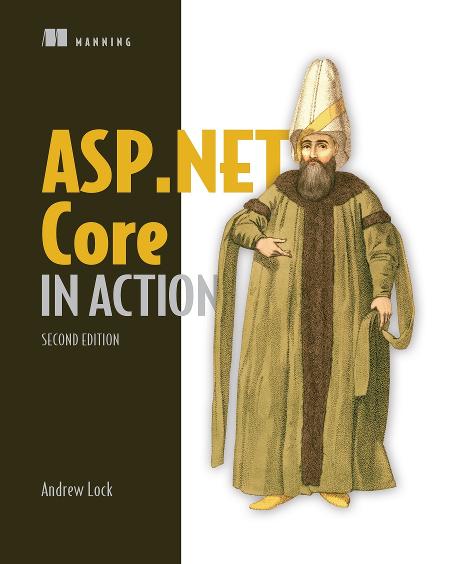 This is an online version of the Manning book ASP.NET Core in Action, 2nd. With liveBook you can access Manning books in-browser — anytime, anywhere.

Thanks for purchasing the MEAP for ASP.NET Core in Action, Second Edition. This book has been written to take a moderately experienced C# developer, without web development experience, to being a well-round ASP.NET Core developer, ready to build your first web applications.

The genesis of ASP.NET Core goes back several years, but I first really started paying attention shortly before the release of ASP.NET Core RC2. As an ASP.NET developer for many years, the new direction and approach to development Microsoft were embracing was a breath of fresh air. No longer are Visual Studio and Windows mandated. You are now free to build and run cross-platform .NET applications on any OS, with any IDE, and using the tools that you choose.

Along with that, the entire framework is open-source, and developed with many contributions from the community. It was this aspect that drew me in initially. The ability to wade through the framework code and see how features were implemented was such a revelation (compared to the dubious documentation of old) that I was hooked!