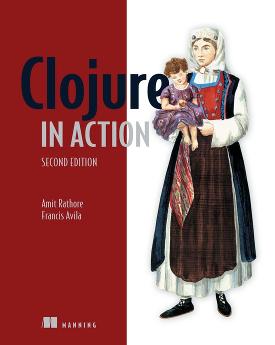 This is an online version of the Manning book Clojure in Action, 2nd. With liveBook you can access Manning books in-browser — anytime, anywhere.

A lot has changed in the software engineering world since 2011 when the first edition of this book was published. Clojure had just released version 1.3 and the community was hard at work on 1.4. The ThoughtWorks technology radar had just advanced Clojure from “assess” to “trial” (https://www.thoughtworks.com/radar/languages-and-frameworks/clojure). Adventurous programmers and software companies were starting to take notice, but building a major project in Clojure was still a hard sell. Now, late in 2015, Clojure is an established feature of the programming landscape. Even household names like Walmart and Consumer Reports—companies not known for exotic tastes—are using Clojure at the very core of their businesses (http://cognitect.com/clojure#successstories). Clojure is now so well established that it is no longer on the ThoughtWorks radar at all.