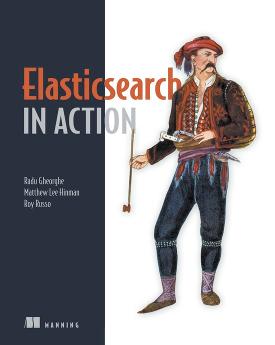 This is an online version of the Manning book Elasticsearch in Action. With liveBook you can access Manning books in-browser — anytime, anywhere.

Since it came out in 2010, Elasticsearch has become increasingly popular. It’s being used in a variety of setups, from product search—which is the traditional use case for a search engine—to real-time analytics of social media, application logs, and other flowing data. The strong points of Elasticsearch have always been its distributed model—which makes it scale out easily and efficiently—as well as its rich analytics functionality. All of this was built on top of the already established Apache Lucene search engine library. Lucene has evolved during this time as well, making it possible to process the same amount of data with less CPU, memory, and disk space.

Elasticsearch in Action covers all the major features of Elasticsearch, from relevancy tuning by using different analyzers and query types to using aggregations for real-time analytics, as well as more “exotic” features, like geo-spatial search and document percolation.

You’ll quickly find that Elasticsearch is easy to get started with. You can get your documents in, search them, build statistics, and even distribute and replicate your data onto multiple machines in a matter of hours. Default behavior and settings are very developer-friendly, making proof-of-concepts that much easier to build.