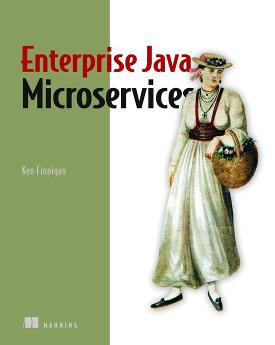 This is an online version of the Manning book Enterprise Java Microservices. With liveBook you can access Manning books in-browser — anytime, anywhere.

As part of my job at Red Hat, I’ve seen the explosion of microservices first hand. That explosion was a contributing factor in a colleague and me forming the WildFly Swarm project in 2015. We saw the need for developers with existing Enterprise Java knowledge to create microservices, and with nothing focused on the Java EE space at the time, we created WildFly Swarm. Much has changed since then, and the current landscape for microservices makes it seem like a lifetime has passed.

Since I began writing this book, changes have continued to occur rapidly with Enterprise Java—in particular, the Thorntail project that I lead, and with microservices more generally. As best as I can, I’ve endeavored to update the book as those changes occurred.