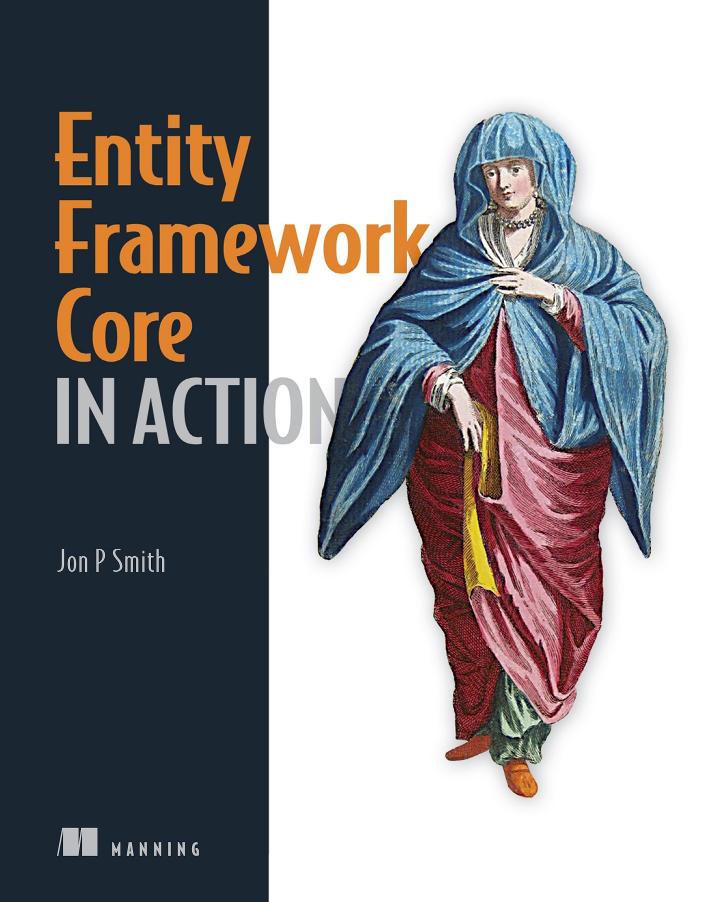 This is an online version of the Manning book Entity Framework Core in Action. With liveBook you can access Manning books in-browser — anytime, anywhere.

Entity Framework Core in Action is about how to write EF Core database code quickly, correctly, and ultimately, for fast performance. To help with the “quick, correct, fast” aspects, I include a lot of examples with plenty of tips and techniques. And along the way, I throw in quite a bit on how EF Core works on the inside, because that will help you when things don’t work the way you think they should.

The Microsoft documentation is good but doesn’t have room for detailed examples. In this book, I try to give you at least one example of each feature I cover, and you’ll often find unit tests in the Git repo (see the “About the code” section for links) that test a feature in multiple ways. Sometimes reading a unit test can convey what’s happening much more quickly than reading the text in the book can, so consider the unit tests as a useful resource.

Entity Framework Core in Action is aimed at both software developers who’ve never before used EF and seasoned EF6.x developers, plus anyone else who wants to know what EF Core is capable of. I assume you’re familiar with .NET development with C# and that you have at least some idea of what a relational database is. You don’t need to be a C# expert, but if you’re new to C#, you might find some of the code hard to read, as I don’t explain C#. But I do provide an appendix on LINQ (Language Integrated Query) in case you haven’t seen LINQ before.