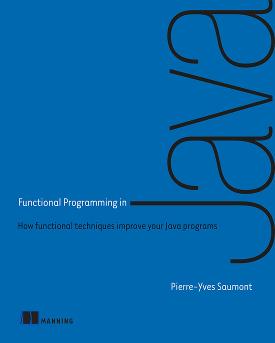 This is an online version of the Manning book Functional Programming in Java. With liveBook you can access Manning books in-browser — anytime, anywhere.

With the release of Java 8, some functional features have been added to the Java language. But just as this book isn’t about Java, it’s also not about these specific Java 8 features. In this book, I make heavy use of some of these features, and I mostly ignore others. If your goal is to learn how to use the functional features of Java 8, this is not the right book. Urma, Fusco, and Mycroft’s Java 8 in Action (Manning, 2014) would be a much better choice.