Chapter 3. What is a Node web application?

You’re going to build a web application called later that’s inspired by popular read-it-later websites such as Instapaper (www.instapaper.com) and Pocket (getpocket.com). This involves starting a new Node project, managing dependencies, creating a RESTful API, saving data to a database, and making an interface with templates. That might sound like a lot, but you’ll explore each of the ideas in this chapter again in subsequent chapters. 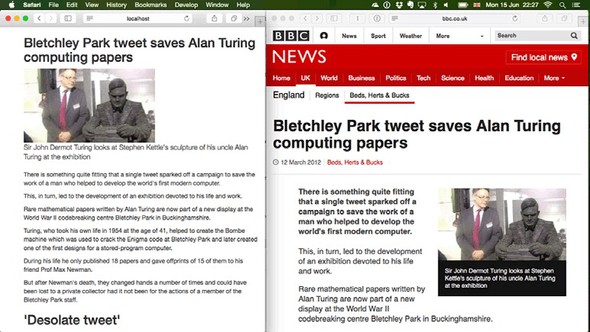 The read-it-later page on the left has stripped away all of the navigation from the target website, preserving the main content and title. More significantly, the article is permanently saved to a database, which means you can read it at a future date when the original article may no longer be retrievable.

Before building a web application, you should create a fresh project. The next section shows how to create Node projects from scratch.

A typical Node web application has the following components: