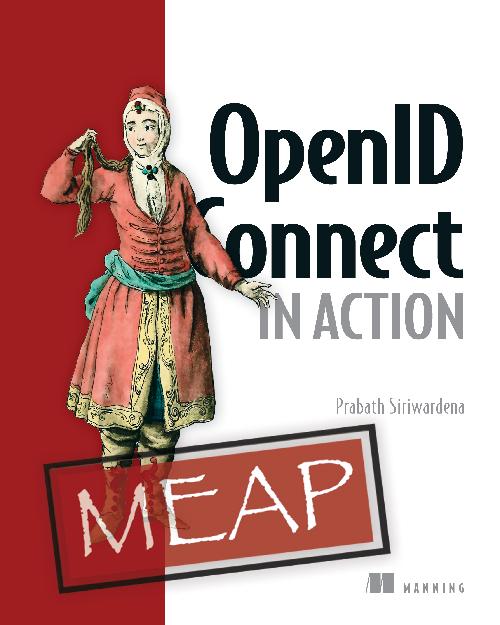 This is an online version of the Manning book OpenID Connect in Action . With liveBook you can access Manning books in-browser — anytime, anywhere.

The sample applications in the book use Java, React, and React Native. So, having some working knowledge of those technologies will be helpful, but is not a must. If you are comfortable with any programming language and know the basics of JavaScript, and have a solid understanding of how the web works in general, you are all set to get started. Appendix A and B of the book help you get a jumpstart with React and React Native respectively.

When I joined WSO2 in 2007, my first task was to implement OpenID support to the open source Identity Server, which was called Identity Solution those days. Couple of years later, in 2009, we had a large-scale deployment of Identity Server as an OpenID provider in Saudi Arabia over a 4 million user base. That was my first hands on experience with OpenID.