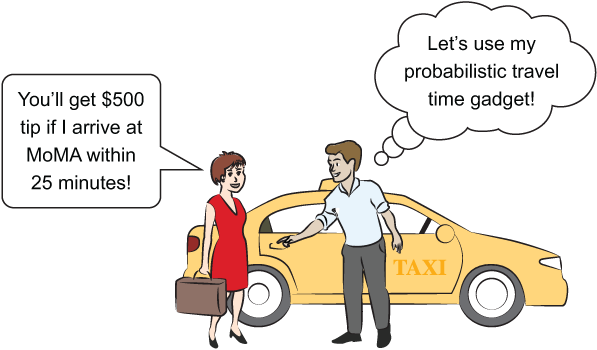 Deep learning (DL) is one of the hottest topics in data science and artificial intelligence today. DL has only been feasible since 2012 with the widespread usage of GPUs, but you’re probably already dealing with DL technologies in various areas of your daily life. When you vocally communicate with a digital assistant, when you translate text from one language into another using the free DeepL translator service (DeepL is a company producing translation engines based on DL), or when you use a search engine such as Google, DL is doing its magic behind the scenes. Many state-of-the-art DL applications such as text-to-speech translations boost their performance using probabilistic DL models. Further, safety critical applications like self-driving cars use Bayesian variants of probabilistic DL.

1.1 A first look at probabilistic models

1.5.3 When to use and when not to use probabilistic models?