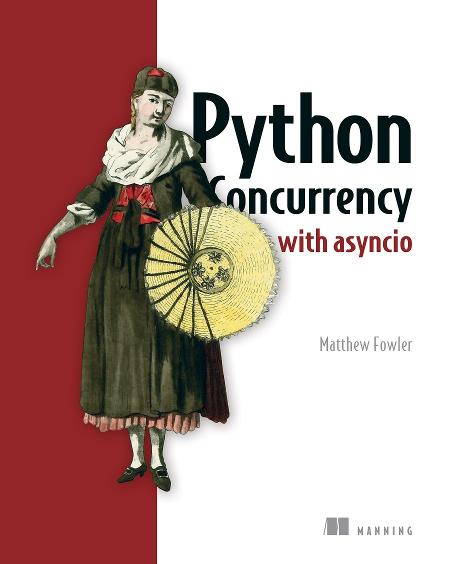 This is an online version of the Manning book Python Concurrency with asyncio . With liveBook you can access Manning books in-browser — anytime, anywhere.

Thank you for purchasing the MEAP of Python Concurrency with asyncio. This book is written for Python developers who are looking to increase the performance and throughput of their applications by utilizing concurrency.

To get the most out of this book, you should have an intermediate understanding of Python programming and be able to utilize functions, classes, lists and dictionaries. You should also be familiar with the basics of web requests and databases. Experience with concurrency concepts such as multiprocessing and multithreading, while helpful, is not necessary.

Asycnio was first released in 2014 as a library to write concurrent code. While it has been around for six years, it has gone through a few major changes since it was first released, going from being implemented with generators and decorators to a more mature part of Python with async and await keywords built into the language.

Resources to truly understand and utilize the library in practice are few and far in between and are mostly scattered in various blogs across the web. My goal is to fill this gap and produce a book with cohesive depth and breadth on what asyncio is and what it can do.