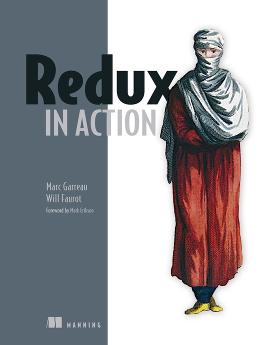 This is an online version of the Manning book Redux in Action. With liveBook you can access Manning books in-browser — anytime, anywhere.

Redux is a state management library, designed to make building complicated user interfaces easier. It’s most commonly used with React, which we pair it with in this book, but it’s also becoming popular with other front end libraries such as Angular.

In 2015, the React ecosystem sorely needed Redux to come along. Predating Redux, the Flux architecture pattern was an exciting breakthrough, and React developers around the world tried their hand at an implementation. Dozens of libraries received noteworthy attention and use. Eventually, the excitement gave way to exhaustion. The number of choices for managing state in a React application was overwhelming.

Redux immediately started to pick up steam after its release, and soon became the most recommended Flux-inspired library. Its use of a single store, focus on immutability, and amazing developer experience proved Redux to be a more simple, elegant, and intuitive solution to most of the issues facing existing Flux libraries. You still have several options for managing state in complex applications, but for those who prefer a Flux-like pattern, Redux has become the default.