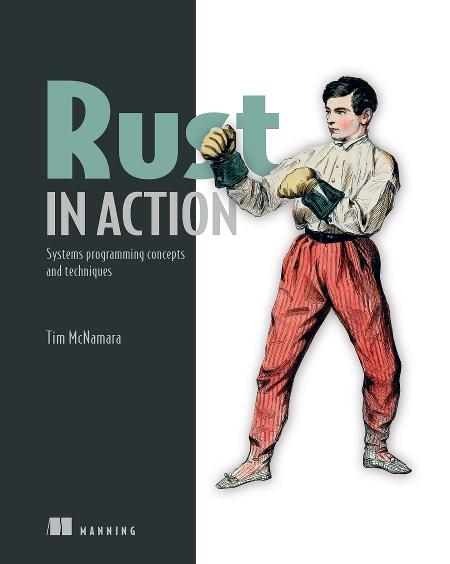 This is an online version of the Manning book Rust in Action. With liveBook you can access Manning books in-browser — anytime, anywhere.

Part 1: Just Enough Rust will provide a quick-fire introduction to the Rust language by working through projects that begin to introduce concepts that are expanded upon later in the book, such as implementing a File API.

Part 2: Programming from the Ground Up (Almost) will shift your focus towards the computer. You will learn how data is represented at various levels between the application, operating system and hardware. Rust language features will be introduced as required.

Part 3: Concurrent and Parallel Programming will walk through the tools that computers offer to get work done in parallel. Its primary goal will be to explain how multiple threads can cooperate and coordinate. A large example—building a graph that can be distributed in multiple ways—will be extended throughout several chapters.