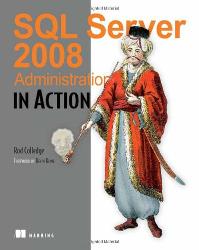 This is an online version of the Manning book SQL Server 2008 Administration in Action. With liveBook you can access Manning books in-browser — anytime, anywhere.

It’s getting harder and harder to define the role of a SQL Server DBA. Depending on the organization, a DBA may be involved in a huge number of tasks from data modeling and physical server design through operational tasks such as backup/restore, performance tuning, and security administration. And that’s only scratching the surface; specialist development DBA roles are increasingly common, as are those that specialize in the business intelligence space.

While this book will appeal to a broad range of SQL Server professionals, it’s primarily targeted at the production OLTP DBA whose role includes tasks such as installation, configuration, backup/restore, security, and performance tuning. In order to devote as many pages as possible to these topics, the following areas are not covered: