Chapter 1. What is Wicket?

The title of this chapter poses a question that a billion people would be happy to answer—and would get wrong! Due to the popularity of the game of cricket throughout the world, most of those people would say that a wicket is part of the equipment used in the sport (see figure 1.1 to see what a wicket is in the cricket sense). Cricket is a bat-and-ball sport much like baseball, but more complicated to the untrained eye. The game is popular in the United Kingdom and South Asia; it’s by far the most popular sport in several countries, including India and Pakistan.

Figure 1.1. A cricket wicket: a set of three stumps topped by bails. This isn’t the topic of this book. 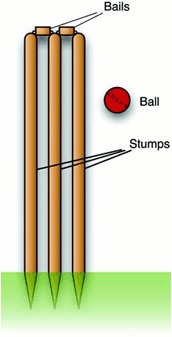 Figure 1.2. Google search results for wicket. The number one result has nothing to do with cricket or with the furry and highly dangerous inhabitants of Endor. 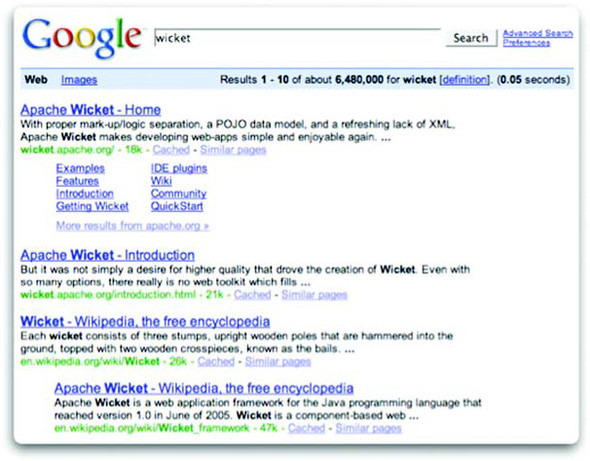